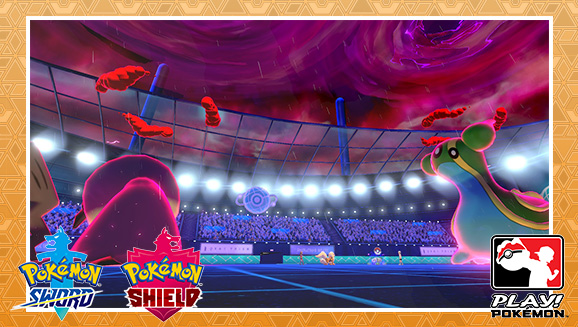 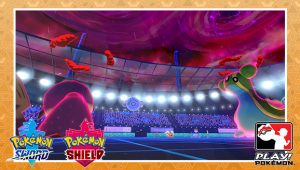 Players will have their Battle Team locked electronically via Live Competition. Please have the 2020 World Championship Rules from Battle Stadium’s Download Rules installed on the system.

This Tournament will be played using the 2020 Video Game Championships Ruleset over wireless communication. A LAN setup will be available for select matches for Live Stream.

*****An active Nintendo Switch Online membership (PAID) is REQUIRED for participation in Video Game Championship Series events for the purposes of performing online team checks.*****
Tournament Rules are as follows:

1. Pokémon will need to have the Galar symbol, showing they were caught in the Galar region.

3. Duplicate Pokémon and Duplicate Held Items will not be allowed.

4. All Pokémon from the Galar Regional Pokédex #001 – #397 will be permitted. Zacian, Zamazenta, and Eternatus will not be allowed.

All battles will be played using the Double Battles format. Each battle will begin with a 90-second Team Preview phase which players will choose 4 of their 6 Pokemon to Battle with. Players will then have 7 minutes of Your Time, 45 seconds of Move Time, and 15 minutes of Game Time in each battle. Each match will be best two of three games. Swiss style pairings for the tournament will be used, meaning you play for the whole tournament. The number of rounds will be determined by the number participants. At the end of swiss rounds, top players will play single elimination until only one player remains. Prizing will be determined by number of players and age division (Store Credit, TCG Packs, etc).