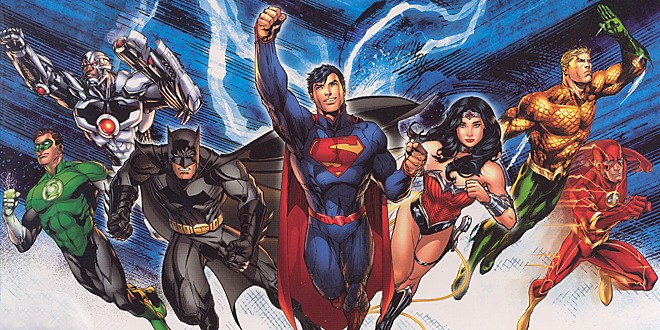 The game is typically played the same as written in the latest DC Deck Building rule book, with the following major changes:

Main Characters have a different tier value depending on how powerful they are, how consistent they are, and their impact on the game. These characters will be drafted before starting the event. You may choose any number of characters that together have a combined tier value of six or less. You can play as many characters as you like, so long as their total tier value is less than or equal to six.

You may only spend power to buy cards from the Line-Up OR to defeat the Super Villain, not both. If you “gain” cards, this does not count as buying.

You can only buy one Kick from the Kick stack per turn. .

At the end of Round time, play continues until each player has had the same number of turns.

Players will earn points at game end in the following order according to how many VP (Victory Points) they have accumulated:

Tiebreakers:
If points are tied in VP, the game moves to Tiebreaker #1 and a Tiebreaker #2 to determine 1st – 4th placement.
The tiebreakers are:

At the end of the last round, Top 4 is decided by the highest total of points accumulated from each round. Tiebreakers for Top Cut are decided by whoever defeated the most Super-Villains defeated throughout the tournament.

Top 4:
Only the top 4 players with the best records from the Pod style tournament will move on to Top 4.

Buying:
Once a Player has moved a card to their Discard Pile from the Line-up and they are no longer physically touching the card, then the Buy is final.

Ending Your Turn:
Once a Player has announced they are done with their turn, then their turn is over. Any player taking their turn early will be considered cheating.